The United States is the cradle of the biker movement. Naturally, the biker fests tradition was also born there. To this day, Sturgis Motorcycle Rally and Daytona Beach’s Bike Week are vying for the right to be called the oldest biker festival in the world. However, I believe this argument is not worth a curse.

It is fairly straightforward – the first documented rally in the Florida city of Daytona Beach was held in March 1937, while the rally in Sturgis, South Dakota, was launched only in 1938, meaning Daytona biker’s week is clearly older than the Sturgis rally. Apparently, this whole situation with Daytona Beach occurred because the hosts of the Sturgis rally were unhappy to yield to an irreconcilable competitor. After all, their fest is rightfully recognized as the best in the world, but they would also like to be considered the first by age.

In fact, it was Harley-Davidson who had started the tradition of holding biker rallies. It was a part of their marketing campaign to organize rallies, meetings of bikers, and people interested in motorcycles to promote their bikes and attract potential customers into the biker’s world, unthinkable without a motorcycle. And I can say that they hit their target. Nowadays, when somebody talks about bikes, the thing that comes to mind is Harley-Davidson.

Besides motorcycle manufacturers, biker rallies can also be organized by biker clubs. Large motorcycle communities tend to hold nationwide or even international festivals. It all depends on their resources – money, fame, and the credibility of the biker club. Accordingly, local clubs usually limit themselves to their region or city.

Worth noting that biker rallies can also be open and closed ones. Usually, they are open to the general public since biker’s culture is pretty inclusive. Most motorcyclists ardently advocate for the admission of all comers to the rally. Probably it is because they are trying to show the general public, far from the biker’s world, that bikers are not villains and hooligans as depicted in the media and movies. On top of that, by inviting everyone to their festivals, bikers wish to make new exciting acquaintances and attract newcomers captivated by the idea of bikers’ freedom into their ranks.

Every year in early August, a grand event occurs in the biker’s world. The small American town of Sturgis opens the doors of its hotels and bars to the motorcyclists coming to the Sturgis Motorcycle Rally. It is currently considered to be the largest bike festival on the entire globe. In the best years, the fest gathers up to 500 thousand bikers. All the streets are filled with an endless human river, gasoline smell, and motorcycle engines growling. Waitresses in signature ripped pantyhose are constantly running back and forth in packed bars, bringing food and alcohol to tough guys dressed in leather from head to toe. The unofficial second name of the Sturgis rally is the Biker’s Mekka.

As with any other top event, you can find entertainment for every taste and budget here. For those who prefer a quiet pastime, I recommend taking a walk to a motorcycle museum and admiring old models of motorcycles and motorcycle-themed paintings and drawings. If such a cultural program is not to your taste and you just wish to have a good time, you can check out the cult bars in the town. My top pick is “Big daddy rat“. And, of course, do not miss out on the whole point of the Sturgis festival – the motorcycle rally. 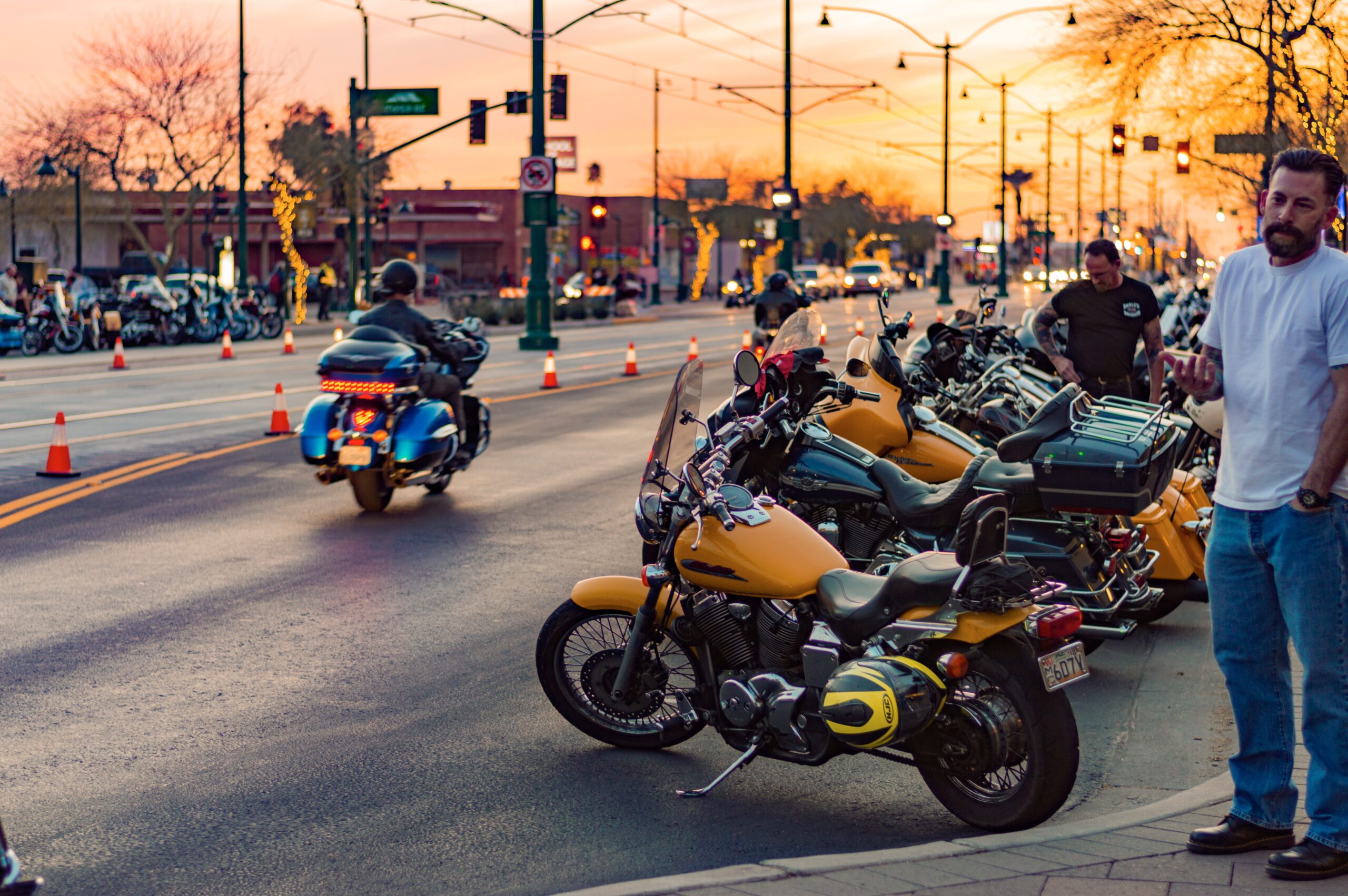 In Europe you could visit the biggest biker rally held there. I am talking about European Bike Week. The festival is held under the auspices of the motorcycle manufacturer Harley-Davidson. It takes place next to Lake Faaker in Austria. At this rally, everything revolves around Harleys, is subordinate to Harleys, and is controlled by Harley-Davidson.

It certainly defines most of the festival aspects, so if you hate Harley-Davidson, I wouldn’t advise you to go to the European Bike Week.

But the brand fans will surely enjoy it – here, they can buy literally any Harley merchandise. And, of course, Harley-Davidson bikes themselves. The only limit is your budget. You can buy a bike or keep your fingers crossed and participate in a new Harley bike draw.